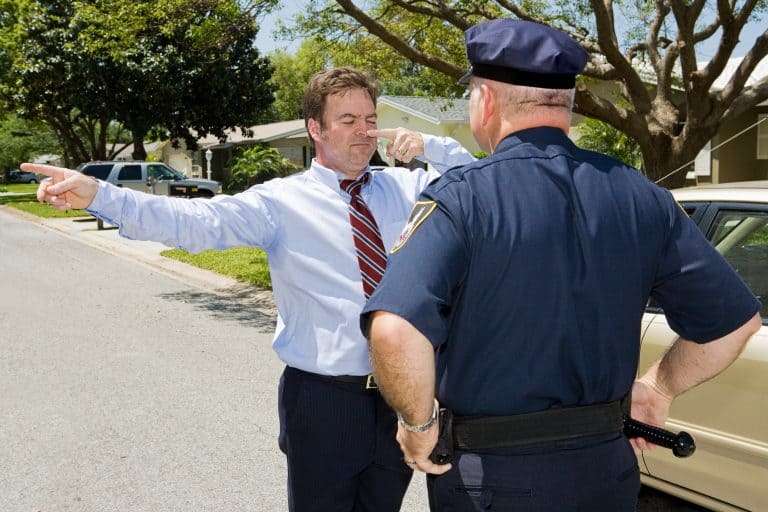 What Is A Field Sobriety Test?

If you’ve ever seen an episode of COPS, you’re probably familiar with the standard roadside tests used by police to check if a driver is sober.

They range from the simple (I mean, who can’t walk a straight line for a few steps?) to the seemingly impossible (reciting the alphabet backwards?!)

A field sobriety test might look a little goofy, but passing it is essential for a driver to prove they haven’t over-indulged before getting in the car. There’s no doubt it can be daunting – if you fail, it could mean the confiscation of your license, your vehicle, or worse, at which point you might want to consider a criminal lawyer.

Thankfully, there’s a fool-proof way to guarantee you never fail a roadside sobriety test in Utah, ever.

The Fool-proof Way That Guaratees You Never Fail A Roadside Sobriety Test in Utah, Ever.

Here it is: don’t ever take one.

This ought to go without saying, but in case you’ve missed it: DON’T DRINK AND DRIVE. You are not smart enough to know whether you are over the limit. Trust me. I’m a lawyer. Also, trust the millions of people who have been convicted of DUI who didn’t think (truly and honestly) that they were over the limit. This is the FIRST easiest way to pass a field sobriety test is to not court one in the first place. And the easiest way to do that is to remain sober while you’re operating a vehicle. With the amount of transportation options available, there is absolutely no excuse for drinking and driving. Unless you actually want to find, meet with, and pay for a criminal defense attorney, keep your boozin’ and your cruisin’ as two separate activities.

BUT, regardless of whether you have any alcohol or drug in your system, you are going to want to be super paranoid and wary of the FST’s (Field Sobriety Tests). In theory, field sobriety tests exist to ensure responsible, sober drivers are the only ones operating vehicles, and those who don’t meet those qualifications are removed from traffic, but in reality, there are very few people who can pass the tests even when stone cold sober. The police use FST’s to establish probable cause to demand a test of your breathe or blood. If you never give them a sufficient basis to get that far, you MAY be able to nip a DUI charge in the bud. So that is why you will want to know about the SECOND best way of avoiding the field sobriety tests. Refuse them. That’s right. Tell the cop that you refuse to take any field sobriety tests because you consider them to be statements against yourself in violation of the fifth amendment. You don’t have to be pushy about it, but you do need to be assertive. This is a way to PROTECT yourself, not intended to hassle our good men and women of law enforcement, but rather, to put yourself in a position where you will not be vulnerable to accusation. If an officer asks you to stand on one leg, or to track his finger or pen with your eyes while he gauges your eye movement response, or to walk in a straight line, simply respond and say “Officer, I would prefer not to take any field sobriety tests. I consider them to be statements against myself and hereby refuse under the 5th amendment of the United States Constitution.”

Now, when it comes to your decision regarding whether or not to take a chemical test, your decision process may be somewhat more nuanced. More on that in a later post.

I could give you a hundred and one tips on how to balance a little better, or memorize a backwards alphabet. But if you really want to pass a Utah field sobriety test there’s only one sure fire way: don’t take one.

It’s pretty easy, too. Don’t drink and drive, and even while sober, remember to drive safely, and refuse the tests if offered. Follow these simple steps and you’ll never fail a roadside test again. Because you won’t ever have to take one.